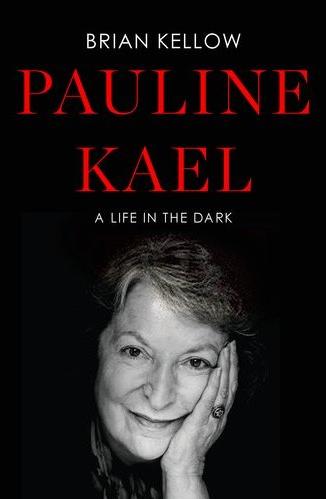 Something I’ve said more than once over the years is that the three biggest influences on me among writers are Pauline Kael, Bill James, and Greil Marcus. I consider myself lucky to have had some contact with two of them. I interviewed Marcus back when I first started writing, and he later contributed a few comments to my old fanzine; the past couple of years I’ve submitted the occasional question to the “Hey Bill” section of James’s website, and he’s responded to most of them. Something I often regret, though, is that I never sent any of my writing to Pauline Kael. I’ve primarily written about music the past 25 years, but I wish I’d sent her a piece I wrote about the best uses of pop music in Scorsese’s films—an idea that I bet has been done to death now, but which I think was fairly novel when I wrote it up for Scott’s Popped website in the late ‘90s—or a couple of pieces I did for Cinemascope around the same time, which would have been a couple of years before Kael’s death. I have no idea whether I would have had any success in getting anything to her, whether she would have liked any of it if I had, or even whether she would have bothered reading it in the first place. I’m guessing she was bombarded with stuff on a constant basis and from all directions—from the now infamous Wes Anderson solicitation to see Rushmore, to fan letters and invitations and everything in between.

Letter from Kael arrives in the mail: “Thank you for the Scorsese article, Phil. I don’t know what you’ve got here, young man…”

Wasn’t meant to be. Some consolation arrived this past year by way of A Life in the Dark, Brian Kellow’s biography of Pauline Kael. If you check in regularly with rockcritics.com, you’ll know that Scott recently posted a number of links to reviews of Kellow’s book (sometimes reviewed in tandem with The Age of Movies: Selected Writings of Pauline Kael, the third career overview of Kael’s reviews). I’m tempted to say that it’s amazing the amount of interest—often rawly contentious—that Kellow’s book has generated, but I suspect that anyone who has ever strongly felt the pull of Kael’s writing would not be surprised. People have been arguing about Kael since the mid-‘60s; the arguments didn’t stop with her retirement in 1991, and they didn’t stop with her death in 2001. There are a couple of ILX threads devoted to Kael where I’ve been posting the last couple of years, and while (to the best of my knowledge) no one on there ever personally knew Kael, some of the back and forth can get very barbed on occasion. That’s Kael. That readers can still feel so strongly about her in 2011—and I can’t think of another writer I’ve ever argued about so much; a couple of music writers are close—is, to me, the truest barometer you’ll find of just how strong that pull was. (Or, if you aren’t a fan, of how strong your aversion is. Kael’s detractors have always been fierce. But as I say in the accompanying interview, “the circle of people I travel in”—Jesus, where do I come up with this stuff?—is almost exclusively made up of fans.)

Between the message board, Kellow’s book, reviews of the book, and James Wolcott’s Lucking Out (in which Kael figures prominently) on top of all that, I’m a little Kaeled out at the moment, but before I hand it over to Brian, let me say that I think A Life in the Dark is excellent. Its portrayal of Kael did not in any way conflict with my sense of her as a reader (I feel like I have to stress that; some reviews written by friends of Kael’s—some, not by any means all—disagree), and my recognition of her influence on me has deepened. A lot of Kael’s own words make their way into A Life in the Dark via review excerpts, and I liked that: as I wrote on the message board, these excerpts—and the almost month-by-month timeline of the films that caught Kael’s attention—construct a parallel story, the story of American film from the late ‘60s through to the late ‘80s (but American films in the ‘70s especially, which has always been my own frame of reference), that is inseparable from Kael’s. Does Kellow always agree with Kael’s verdict on specific films? No—he’ll sometimes say so. Did I? No. Do I always agree with Kellow’s occasional disagreements with Kael? No. Does any of that detract from the book for me? No. The main thing was that it always felt like I was reading someone who’d been as permanently shaped by the likes of Reeling and Deeper Into Movies as I’ve been, ever since first discovering Kael at some point near the end of high school. There’s an oft-quoted line of Kael’s (a friend has it on the masthead of his blog) from her introduction to For Keeps, one of those earlier career overviews: “I’m frequently asked why I don’t write my memoirs. I think I have.” True—I wouldn’t try to argue that Kael’s body of work did not leave behind a complete world. But I’m still very glad that A Life in the Dark exists.

“One of the most powerful truths to be gleaned from examining Pauline’s life is that it was, throughout its span, a triumph of instinct over an astonishing intellect. Her highly emotional responses to art were what enabled her to make so indelible a mark as a critic. On the surface, it might seem that any critic does the same thing, but it’s doubtful that any critic ever had so little barrier between herself and her subject. She connected with film the way a great actor is supposed to connect with his text, and she took her readers to places they never could have imagined a mere movie review could transport them.”

— A Life in the Dark, Brian Kellow