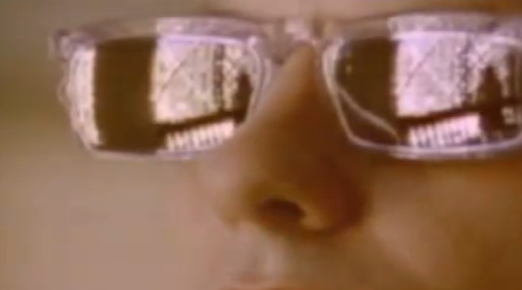 The Status of the Gay Question: Phil Dellio’s 1988 Interview with Neil and Chris of the Pet Shop Boys (audio)

Getting this interview transcribed—or, even better, digitized and posted—was something Scott and I first discussed a few years ago, but there wasn’t any real context for doing so at the time. I wasn’t even sure I could still find the cassette where it resided—I knew I had two or three boxes of cassettes stored away downstairs, a mad scramble of mix-tapes and esoterica and some of the interviews I’d done in the ‘80s, but I hadn’t looked through them for quite a while. Deterioration had also crossed my mind.

Happy to say that I found the tape (along with some other interviews I’m glad I still have: Joey and Dee Dee Ramone, Johnny Thunders, John Candy…Huey Lewis—I won’t get sidetracked explaining that one), and now, with all these podcasts Scott’s been posting, we’ve got something approaching a rationale for putting it out there, and enough technology to avoid the transcribing I was always too lazy to do anyway.

The interview dates back to the fall of 1988, just after Introspective came out. (Possibly just before, I’m not sure—maybe I had been listening to a promo, but I don’t think so, else the copy I have now would be that very same promo, which it isn’t.) For me, it was the exact zenith of the Pet Shop Boys’ Imperial Phase, coming off of Actually and “What Have I Done to Deserve This?” with an instantaneously striking, self-assured album that looked like it was going to sell even more, chart even higher, and be reviewed even better. The interview was done for a magazine out of Toronto named Graffiti, where, after reviewing records and contributing various pieces (some co-written with Scott) for the past couple of years, I’d just been brought on as an associate editor. So it was also the zenith of my own Imperial Phase, even though mine was secret and lasted only three months. Graffiti went bankrupt right before the interview made it to print, which is why it’s been languishing in a shoebox ever since.

What I remember…There was me, Neil Tennant, Chris Lowe, and a record-company woman. It took place at a prominent Toronto hotel (no idea which one), I think up in a swanky room but I’m not sure, and it was one of those junkets where I was slotted in the middle of a whole bunch of other interviews. I vaguely recall wanting to make them realize that I was different than everybody else, that I actually cared about the record and wasn’t just there for a byline and a cheque (cf. Matt Bianco, Men Without Hats, Balaam & the Angel, and some of my other illustrious work from that era). So I made sure we spent the first five minutes talking about Simon Frith. I felt confident that the people from Rock Express and MuchMusic would not be talking about Simon Frith. Something I’d forgotten: that the record-company woman seemed to want to steer the conversation away from Neil and Chris making fun of U2. They weren’t on the same label, and I don’t think there was a great deal of overlap in their audience at that point (probably more true three years earlier), so I’m not sure why that bothered her.

It’s of course an odd experience to travel back twenty-five years and listen to yourself at 27. The one condition I set forth for Scott in following through with this was that there could only be an acceptable level of cringe-worthy moments on my part. After listening to almost the whole thing, I’m 73% sure that that level is indeed acceptable. I’m a little too look-at-me in proclaiming my antipathy towards political music. (Basically true, but I did have “Bonzo Goes to Bitburg” on my year-end in ’85.) I suggest at one point that I’m older and presumably more sagacious than the Pazz & Jop voters who by-passed Actually; again, I’m 27. And as for the best moment of all, well, that’s how you get titles for published interviews. Basically, and surprisingly, I sounded pretty much the same then as I do today.

Excuse all the mysterious ambient crashes and thumps. My best guess is that, just to keep things lively, I threw something across the table at Chris Lowe every 30 seconds or so.

Note: in some parts of this interview, particularly during the latter half, there is a noticeable decrease in volume. I’ve tried to boost the levels in those sections, but doing so naturally boosted the level of hiss as well (a tech genius with the proper tools could no doubt find ways around this). I think about 80-85% of the interview is easy to hear. The other 10-15% likely requires some volume or ear-placement adjustment on your own, though. SW