His political awakening was soon manifest in his work. His first major book, “Blues People,” published in 1963, placed black music, from blues to free jazz, in a wider sociohistorical context.

Writing in The New York Times Book Review, the folklorist Vance Randolph said, “The book is full of fascinating anecdotes, many of them concerned with social and economic matters,” going on to commend its “personal warmth.”

I’ve loved some of what I’ve read by him (mostly some chapters in Black Music, which I purchased a reprint of several years ago), but don’t know his work well enough to say a lot right now. Interested in reading more of his work, and I hope his music criticism specifically is delved into more in the days ahead (it seems to be receiving scant notice in the few obits I’ve perused). His story is told well in a different book I’ve recommended in the past (one of the best books I’ve ever read about criticism, in fact), John Gennari’s, Blowin’ Hot and Cool: Jazz and its Critics.

Richard Meltzer wrote the following about Baraka in 2009 (bizarrely, the article, which I’ve linked to before, is attributed now to someone else. But I guarantee you, the author is Meltzer):

As fate would have it, I didn’t read On the Road as a teenager — didn’t read any Kerouac, in fact, till I was 35 or 36. The first writing I encountered by someone I would later recognize as Beat was a series of jazz pieces in Down Beat by LeRoi Jones, as Amiri Baraka was then known. In a mag serving mainly as a tepid trade sheet that routinely shilled for the likes of Stan Getz and Oscar Peterson, Jones’ bold, passionate support for such fire-breathers as John Coltrane and Cecil Taylor stood in high contrast. With diamond-eyed focus, he championed these musicians not as “iconoclastic” contenders, contentious blips on the mainstream jazz radar, but as full-fledged, fully-formed artists whose musical agendas were seminal and necessary. (At 17, I hadn’t read anything that so viscerally spoke to me, and surely it was Jones’ model that enabled me to truck in music-crit myself in the years that followed.) 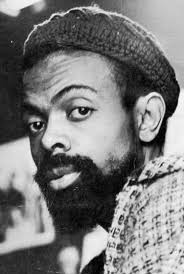