A reader, Tom Scarlett, was kind enough to send me a copy of Simon Frith’s (once upon a time) much-ballyhooed Pet Shop Boys feature from the spring 1988 edition of the Voice‘s “Rock & Roll Quarterly” supplement. The piece, which I hadn’t read in approximately 23 years (when I lost for good two large boxes worth of Voice clippings) was brought up in my podcasts with Alfred, and is also referred to frequently in Chris Heath’s Literally. Along with the Frith essay, Tom also included Barry Walters’s June 1986 Voice review of Please. Thought it would be fun to just quote a few passages from each, starting in this post with Frith (I understand that I’m taking huge liberties in doing this, no disrespect meant to Frith or the Voice, of course). Thanks a bunch, Tom!

(At some point later on I’ll link to some other Voice musings on PSB — including one by yours truly — but the one review I will not likely come across — another clipping lost in that stash — was Chuck Eddy’s review of Introspective, which he didn’t include in his compilation — though he did include a funny interview he conducted with Neil and Chris circa Behaviour — but which had at least one memorable line I’ve never forgotten, something along the lines of, “the Pet Shop Boys don’t want to be your dog, they want to buy your dog.”)

From Simon Frith’s “The Divine Commodity”

“Pet Shop Boys’ reputation as an instantly ‘classic’ pop group is all the more surprising because of the kind of music they make. Chris Lowe and Neil Tennant got together at a time, 1984-85, when British companies were backing a plethora of electro-duos, most long since forgotten. There are quirky elements in synth-pop — weirdo sex from Soft Cell to Erasure, the electro-passion of Yazoo and Bronski Beat — but Pet Shop Boys were determinedly mainstream, boys with toys who lacked even the egghead pretensions of Tears for Fears… The Pets’ musical ‘authenticity’ was certainly not an issue (even now I have no idea what Lowe and Tennant actually do on their records), and the formula established by ‘West End Girls’ hasn’t changed much since. An essentially plastic sound, a conversational voice.”

“The Pets music is all surface and no depth, and in terms of the late ’80s British pop aesthetic it should, therefore, be worthless — they’re on the wrong side of the current ideological divide. The obvious pop contrast is the Smiths, signed to Rough Trade (not to EMI), beloved by John Peel (not Radio One’s daytime jocks), interviewed lovingly by Melody Maker (not mockingly by Smash Hits), profiled by the TV high arts program, The South Bank Show (not feted by the industry at the British Music Awards), refusing to make videos or to use machines, guitar-fixated, proudly uningratiating, independent, and miserable. If the Smiths defined the proper way of doing things, how could the Pets’ approach be validated?”
{Interestingly, Tennant, I think around the time of Behaviour (which did, after all, feature Johnny Marr on a couple tracks), referred to PSB as “the Smiths you can dance to.” I don’t think Morrissey has ever referred to the Smiths, however, as “the Pet Shop Boys you can stand around and put your hands in your pockets to” — at least I don’t think he has, feel free to correct me if I’m wrong.}

“Rock journalists tend to think of pop history as a series of startling events, an epic tale of rising and falling youth stars and movements. But as Pete Waterman pointed out to me (and when I first met him in 1972 he was Coventry’s leading DJ), what matters more is the unchanging background of ‘ordinary’ pop taste, which in Britain has been defined since the mid-1960s by the sound of the weekend teenage disco. Defined, that is, not simply as dance music but also as the score to a certain sort of urgent leisure, sexual tension, and nervous style.”

“The point about good disco music is that it is, in itself, the sound of the unobtainable, time turned back on itself in an eternal loop. The best dance music gives us a recurring sense that, however clumsy, we can, we have (but we can’t, we haven’t) achieved a state of grace. And whomever they ware with on the dance floor, the dancers dance alone. The music is utilitarian, available, that is to be invested with pure desire.”

“When Tennant talks about the Pets’ records he talks in the detached terms of a critic. Each Pet song is treated as a production problem — how can its potential best be realized? — hence the somewhat frazzled deal with Ennio Morricone on Actually, and Tennant’s frustrated schemes to have a track produced by Narada Michael Walden to see if they too could make an ‘American’ single. But the Pets records aren’t just technical exercises. Unlike Stock, Aitken, and Waterman’s, their lyrics matter.”
{Wow, Narada Michael Walden; talked about a missed opportunity. This leads me to wonder, though: what is the Pet Shop Boys’ most American-sounding record? Do any qualify?}

“While writing this piece I happened to visit a fading Woolworths in Glasgow, a store that looked like the Woolworths of my youth, shelves overloaded with functional goods, no signs of ‘lifestyle.’ Woolworths once stood for economy, the working class making do, but now out of the speaker system came ‘West End Girls’ (this was Glasgow’s West End Woolworths). It sounded profoundly wrong, a critique of consumption that in this setting had no resonance. Listening to this suddenly too sweet confection, I realized suddenly what Pet Shop Boys have in common with the Smiths. 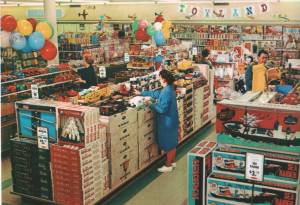 “Tennant, Lowe, and Morrissey are all Northern boys, their faces were first pressed to London’s display windows with the same mix of revulsion and need. Morrissey, Tennant, and Lowe are all dedicated record consumers. They all make excessively romantic demands of pop, expecting it to solve the world’s problems in three minute bursts of joy. The Pets make music for the shopping precincts and the disco while the Smiths hymned the bedsit and the library, but both groups are responding to the general confusion of consumption and self-worth.”
{Isn’t Frith’s comment here about “West End Girls” sounding “profoundly wrong” in Woolworths a repudiation of sorts to his thoughts above about “the unchanging background of ‘ordinary’ pop taste” and disco’s “utilitarian” dynamic?}

“I enjoy Morrissey’s over-the-top gesture of refusal — no sex! no sales! no fun! — but I’m too old to take it seriously, which is why, for me, Pet Shop Boys have a more profound point to make. They start with a delight in shopping but never without an undertow of regret. It may be pathetic to talk of the tragic vision of a passing pop duo, but at their best the Pets capture that sense of psychic space, that anticipatory tingling moment just before the money changes hands, when we know this will be the record, the shirt, the dance, the sex to change our lives, and they share the knowledge that the moment has already gone, the choice is made, our lives remain the same…

“Desire determines aesthetics. It is the human attribute on which our sense of perfection rests, the mode of perception in which the ideal is defined, by its absence, when our feelings get sharper as their object gets more obscure. Pet Shop Boys understand all this better than anyone else except, maybe, Prince.”

{The sentence that begins, “It may be pathetic…” might be the best sentence ever written about the Pet Shop Boys — one of the best descriptions I’ve ever read, in fact, about ’80s pop. Too bad he didn’t expound on the Prince comparison, though.}