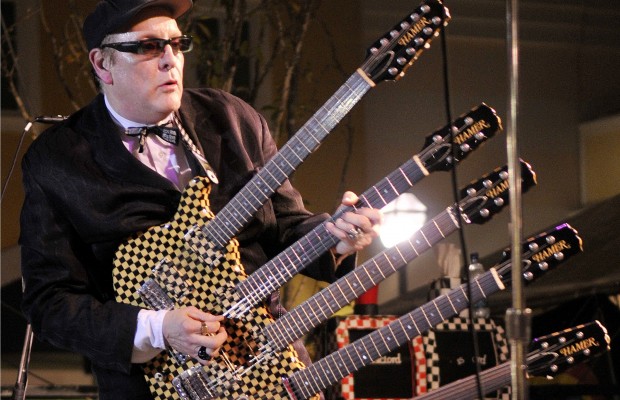 Stuff I managed to remember from this week’s (extremely scattershot) play- and watch-lists.

1. “American Pickers” episode with Rick Nielsen of Cheap Trick, selling off old guitar cases and a band t-shirt from Budokan (sometimes on a Sunday morning you stumble upon the oddest things).
2. Eminem, “Lose Yourself” – Mea Culpa: this song did little for me at the time, but persistent radio re-play in the last couple years in particular has rendered it one of his strongest (though also one of his less comedic, and in general I prefer him as a wisecracker, which is why I couldn’t hear it at the time).
3. “Let it Go” from Frozen OST. In my house, inescapable.
4. Roxy Music, “Psalm”
5. Joy of Cooking – One of those Christgau early ’70s A-records which I’ve come to figure out is best heard by just randomly dropping into the middle of any song and letting it play for 40 seconds before moving on to something else.
6. New Preview of the Week: DJ Fresh vs Jay Fay Feat. Ms Dynamite, “Dibby Dibby Sound”