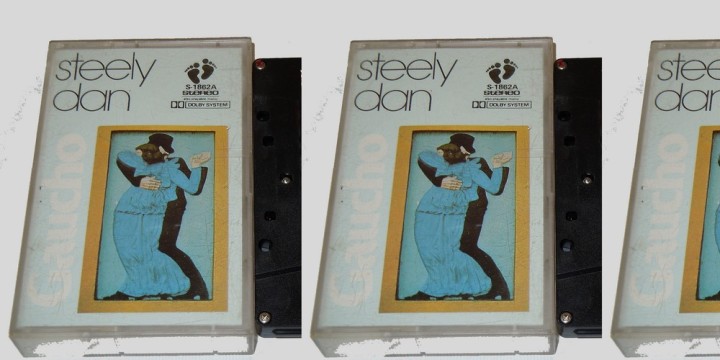 For the third installment of our conversation about Steeleye Spam Dan, Vic Perry and I are joined on the line by Alfred Soto (who you may recall from previous long-winded podcast adventures) to examine the most-disagreed-upon SD release of all, 1980’s Gaucho. Largely dismissed as too-slick for its own good by punk- and post-punk-obsessed critics, Gaucho has, in more recent years, come to be considered by many not merely a “not-rock” blip in an otherwise remarkably consistent—if nevertheless imperfect—career, but a masterwork in its own right. A good summation of the dialectic around Gaucho is summed up in an excellent 2006 re-evaluation by Mike Powell. The “friends” he refers to here could well be me:

Gaucho isn’t for everyone. I’ve tried forcing the album on friends who reply simply by saying “It’s slick, it’s boring, it’s stupid. If there’s something there, I don’t get it and I don’t want to wait around to figure it out.” And I don’t know what to tell them, frankly; in that moment, my own responses somehow feel like perversities, though I know I’m not alone in how I feel about the album. And while I hate to challenge their reactions, I always get this feeling that people are just afraid to open up to Gaucho. Fagen’s sneer is too much to handle, the music is somehow too dead to ignore, the stink of contempt—for their surroundings and themselves—makes for an experience that upsets the most fundamental virtues of pop music; I’m not talking about “expression” or “emotion,” I’m talking about the relationship between musicians and their creation, between a band and their fans.

Addressing my (and to some degree, Vic’s) puzzlement about the rising critical fortunes of Gaucho, Alfred offers his own fresh evaluation of the record on its own terms. (And as per usual, we go a little off the rails now and again into tangential-but-related matters.) Whole thing is roughly two hours.

PART 1: This is your chance to believe


PART 2: It’s everything they say