Kandia Crazy Horse Rips it Up By Scott Woods (November 2003) Kandia Crazy Horse is the Editor of the upcoming music tome, Rip It Up: The Black Experience in Rock ‘n Roll, which will be published by Palgrave at the end of 2003. I recently sent her a bunch of questions about the book and a few about herself as well.   Scott:   How are you doing, … END_OF_DOCUMENT_TOKEN_TO_BE_REPLACED 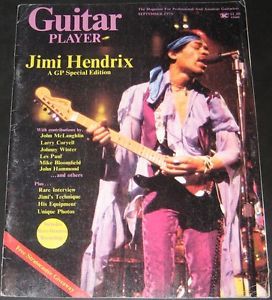 Steven Rosen gets his byline on By Steven Ward (September 2003) Veteran rock writer Steven Rosen has been traveling with musicians and profiling them–mostly guitarists–since the early ’70s. He has written for just about every rock publication under the sun. Here, Rosen reflects on five magazines that stand out to him. Rolling Stone Maybe the crowning jewel in my literary kingdom. I pitched them a story on Bad … END_OF_DOCUMENT_TOKEN_TO_BE_REPLACED

All Music Guy, Michael Erlewine By Barbara Flaska (July 2003)  If you’re at all curious about music and have access to the Internet, chances are good you’ve already encountered the All Music Guide, the free online music database that provides both record reviews and artist biographies for countless thousands of records and artists. Now meet Michael Erlewine, the man behind that vision. Michael Erlewine’s had an … END_OF_DOCUMENT_TOKEN_TO_BE_REPLACED

Critiquing the critics: Steve Jones on the value of rock journalism By Simon Warner (February 2003) In late 2002, a new volume appeared on the shelves–the first coordinated attempt to gather a group of serious essays on popular music journalism, an area that has excited millions of us as readers but one that has only now, somewhat belatedly, begun to attract the close attention of the … END_OF_DOCUMENT_TOKEN_TO_BE_REPLACED 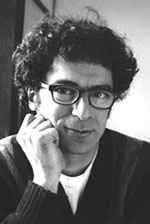 Michael Azerrad in Person By Jeanne Fury (2002) Michael Azerrad is the author of two books, Come As You Are: The Story Of Nirvana and Our Band Could Be Your Life: Scenes From The American Indie Underground 1981-1991, which recently came out in paperback. Our Band covers the canon of American indie punk bands that birthed do-it-yourself culture. And it was indeed a culture: Azerrad’s book uncovers the sociology of … END_OF_DOCUMENT_TOKEN_TO_BE_REPLACED 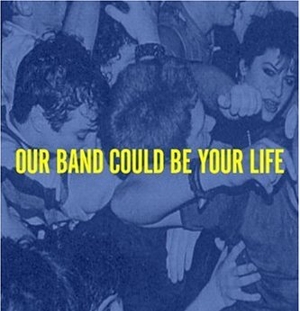 His Book Could Be Your Life: Michael Azerrad by E-Mail By Scott Woods (2002) Michael Azerrad’s Our Band Could Be Your Life is, for me, that rare breed of scene-and-place rock chronicle–as opposed to an all-over-the-map critique–that I actually didn’t get the urge to put down after a few dozen pages. As reportage on a specific musical moment, I’d rank OBCBYL in a league with Like Punk Never Happened (Dave Rimmer), England’s … END_OF_DOCUMENT_TOKEN_TO_BE_REPLACED

RockCritics.com
Create a free website or blog at WordPress.com.