In this “ultra-rare recording,” Richard Meltzer “reads some stuff, in his living room (1990) & at the Lhasa Club in L. A. (198?).” I’m wading through this slowly (it’s almost two hours), but it’s great. END_OF_DOCUMENT_TOKEN_TO_BE_REPLACED 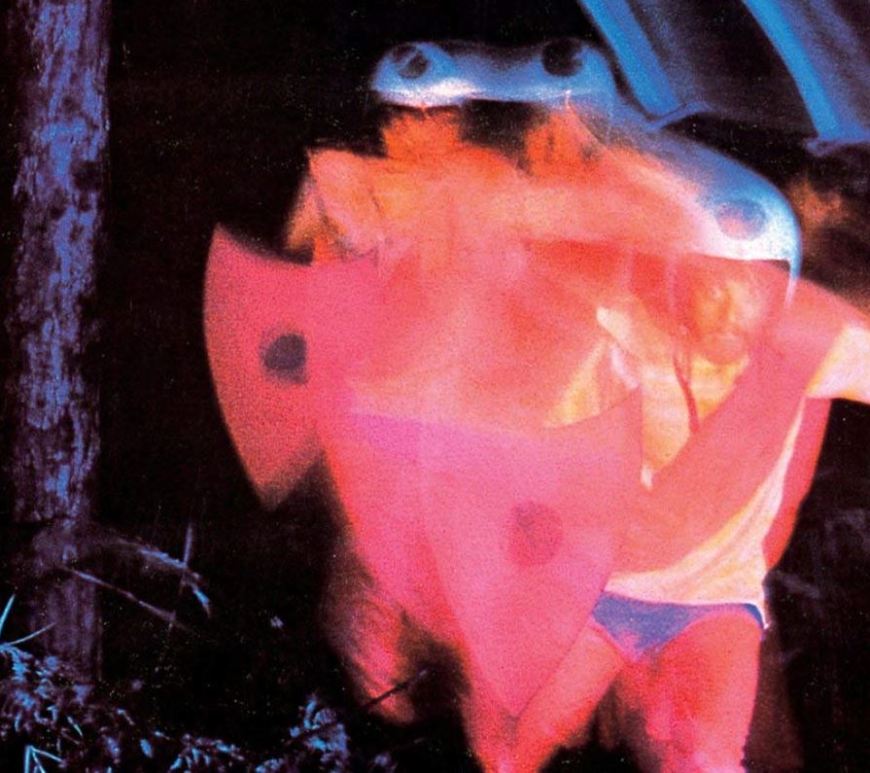 A formidable question, posed by Mark Sinker at Freaky Trigger, and a fetching/daunting examination of its many contours and contradictions. The surgery begins with a complaint (from a friend of Mark’s) about Nick Tosches’ review of Black Sabbath’s Paranoid in Rolling Stone, I think because Tosches seems to not address the record itself. Which leads to a trail of thought that includes Flaubert, the Grotesque … END_OF_DOCUMENT_TOKEN_TO_BE_REPLACED

This PDF version of a fanzine called Osmotic Tongue Pressure (dated… 1999, maybe?) features a very lengthy interview with Richard Meltzer. “I want to make a case that ‘Surfin’ Bird’ is the most important single that I’ve ever dove into. And lived inside of.” (I can’t wait to read the rest of this.) END_OF_DOCUMENT_TOKEN_TO_BE_REPLACED

A nicely detailed profile of Meltzer by Mitch Meyers (originally from Magnet — circa 2000?), with lots of dish re: Christgau, Marsh, Marcus, et al. Note: you’ll be asked to “agree” to enter the blog because of possible adult material, but it’s Relatively Safe for Work, far as I can tell (there are a couple semi-nudes on the sidebar). END_OF_DOCUMENT_TOKEN_TO_BE_REPLACED

Toying with the idea of creating a podcast about The Aesthetics of Rock — a tribute, I suppose you could say, but really, more of an exploration. I have a few ideas in mind, but the likelihood of me pursuing such a thing would increase tenfold if I can find a couple or a few other people to share some of their thoughts with me … END_OF_DOCUMENT_TOKEN_TO_BE_REPLACED

Okay, so I figure this won’t be the venue for soliciting reactions (I have no strong reaction myself, frankly, beyond mouthing what a few others have already said), but here’s a bit of what’s out there: Maura Johnston: But this is all part of a nastier trend in writing about music, one that resembles a dying yawp of a certain type of white dude who … END_OF_DOCUMENT_TOKEN_TO_BE_REPLACED

My August 2000 chat with Richard Meltzer. I don’t think I got much out of Meltzer here that he hadn’t already written about or conveyed to other interviewers, but I’m glad I gave it a shot anyway. I mean, truthfully, if I’d accomplished nothing else with rockcritics.com other than the chance to talk to the author of The Aesthetics of Rock for a couple hours, I’d have been okay with that. Whether that tells you more about the scale of my ambitions here or the size and scope of Meltzer’s influence — I’ll leave that for you to figure out.

Technically, Richard Meltzer may not have invented rock criticism–he wasn’t necessarily “there first”–but with The Aesthetics of Rock (published in ’70, written a few years before that), he took music writing on a wild philosophical goose chase (“Vast generalizations, lots of empirical meat”) that 30 years later no one’s really caught up to (or fully understood–least of all myself). The four consecutive pages (199 to 202) Meltzer devotes to Herman’s Hermits alone (a probe into the “contextually evil” “I’m Into Something Good”; citing “Mrs. Brown You’ve Got a Lovely Daughter” as “an analogue to Oedipus”; etc.) constitute the sort of thought processes that any curious and critical mind would be thrilled to stumble upon, and probably a little scared if they did so. I’m pretty sure I’d rather be stranded on a desert island with The Aesthetics of Rock than just about any piece of music I can think of; I know for sure I’d never get to the bottom of it regardless.

Meltzer’s new book, A Whore Just Like the Rest, is a superb, 600-page anthology of his music writing, from an early, wigged-out piece on Jimi Hendrix in 1967, to 1998’s monumental-in-every-way “Vinyl Reckoning,” a huge up-yours to some former colleagues, and a passionate where-the-hell-am-I personal statement: “A tougher question than Am I a rockwriter? Was I ever a rockwriter? (Do I even really qualify?) (Am I ‘overqualified’?).” Um, probably?

Wednesday, July 12, two thousand zero-zero, I talked to Richard Meltzer on the phone, he in Portland, me in Toronto, 11:30 P.M. Eastern Standard Time. (Aside from the cheaper Bell charge after 11:00, it only seemed right to talk to Meltzer at night.) My prepared questions weren’t that interesting, but he was gracious and kind (dare I say, surprisingly so?) and put up with me anyway.

Scott:   Talk about it in terms of social groups –did you fit in? Did you have many friends?
Richard:    Uh, I didn’t fit in, but I wouldn’t say that anybody — uh, there was probably a small elite that had what you would call a successful social life, but they were clearly a minority. I mean, I would say that most people I knew were thoroughly miserable. But there was no bonding in that — everybody was sort of un-AFFILIATEDLY miserable.

END_OF_DOCUMENT_TOKEN_TO_BE_REPLACED

I can’t say I’m familiar with the writing of Montreal Gazette rock critic, Juan Rodriguez, but the paper is currently giving him more-than-ample space to reflect on his life as a rock writer, for which, in the shrinking-word-count world in which we live in, they should certainly be commended. Juan Rodriguez’s Rock ‘n’ Roll Life is a seven-part series running in the Gazette between now … END_OF_DOCUMENT_TOKEN_TO_BE_REPLACED

You may have heard that Richard Meltzer has a new album out, a collaboration with Mike Watt and Japanese avant-pop ensemble Cornelius, called Spielgusher. A few items of note here: – a cool podcast interview with Meltzer at IconFetch.com (about Spielgusher, but also about Richard Meltzer and rock criticism generally). – Mike Watt on his own site has posted “meltzer lyrics for planned minutemen collaboration” … END_OF_DOCUMENT_TOKEN_TO_BE_REPLACED