Bryan Ferry has a new album–Avonmore–so of course Alfred Soto and I meet up again for another gab session about it. PART ONE PART TWO (Also available to download, here and here.) cf. Alfred’s review of the album. And this link will take you to several hours of earlier Roxy/Ferry discussions. END_OF_DOCUMENT_TOKEN_TO_BE_REPLACED

Back in January 2010, Alfred Soto and I embarked on a multi-part, many-hours discussion of Bryan Ferry and Roxy Music. Well, three years and two Bryan Ferry projects later, we’re back at it, this time joined by fellow music writer (and Roxy/Ferry enthusiast) Ned Raggett. The three of us spend most of the following 85-minute podcast (spliced into three sections) chatting about The Jazz Age, the newly released CD containing Roxy and Ferry covers, performed not by Bryan Ferry (who appears to be but a spectral presence overlooking the entire thing) but rather, by an entity called The Bryan Ferry Orchestra. As well, we take a couple brief detours into Ferry’s 2010 solo album, Olympia. Unremarkably, we lack not for banter.

Thanks, Alfred and Ned–I’m sure we’ll meet again. 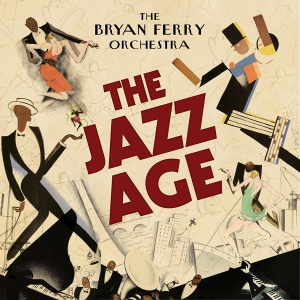 Continue after the jump for supplemental reading and listening materials.

END_OF_DOCUMENT_TOKEN_TO_BE_REPLACED

Now the party’s over… Alfred Soto and I wrap up our Roxy/Ferry behemoth with some final comments, including Alfred’s review of David Buckley’s The Thrill of it All and Much Ado About Bowie MP3s of all seventeen episodes available here (as well as our personal Top 10s + a number of Roxy-related links). Many thanks to Alfred for indulging me in this concept and for … END_OF_DOCUMENT_TOKEN_TO_BE_REPLACED

Alfred Soto and myself have been conducting a series of phone conversations about our mutual obsession with Roxy Music and Bryan Ferry — 10+ hours worth of Roxy/Ferry talk, running chronologically through both careers by delving into every release, from Roxy’s self-titled 1972 LP to Ferry’s Dylanesque from 2008. Along the way, we discuss our own personal Roxy and Ferry Top 10s, biographical (and autobiographical) … END_OF_DOCUMENT_TOKEN_TO_BE_REPLACED